Watch the 75th Annual General Assembly of the Church of God Only on Daystar! August 15, 2014

Daystar Television Network will be exclusively airing live the 75th International General Assembly of the Church of God, which is set to take place Wednesday, July 30 – Friday, August 1 at the Orange County Convention Center in Orlando, Florida.

This event is an annual gathering of the Church of God, and will include powerful worship, relevant teachings and times of fellowship with other believers. This year’s event will focus on the importance of becoming one within the church, and creating a sense of unity between believers all around the world.

The speaker line up for the event includes Dr. Mark Williams on Wednesday, July 30, Evangelist Jocelyn Barnett on Thursday, July 31, and Samuel Rodriguez on Friday, August 1. Daystar will be airing each of these sessions at 12:00 p.m., 8:30 p.m. and 1:00 a.m. Eastern on the corresponding days.

“Daystar Television Network is honored to be the only Network to broadcast the 75th International General Assembly of the Church of God; fulfilling the commission that God has given us to spread the gospel and reach the world through media, ” says Marcus Lamb, President and CEO of Daystar Television Network. “Joni and I have been privileged to be affiliated with the Church of God for our entire lives. We are thankful for the unity and support afforded us by this great organization.” 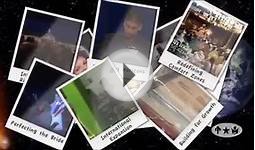 Missions Parade at the General Assembly of The Church of God