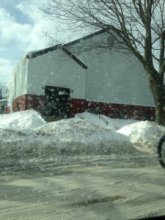 Instead of going to our usual church this morning, Tim (my brother), Kalie and I attended All Nations Christian Assembly (1418 28th Ave NE), which is a Multi-cultural African church. I can honestly say that I’ve never experienced anything quite like I experienced this morning. Prior to today, I did a little bit of research, but didn’t find much out other than the fact that it’s affiliated with the Assemblies of God, so I really had no idea what to expect.

When we arrived at 10:50, we pulled in front of a plain white building with no sign. We had to assume we were in the right place because of the small white cross that hung on the side of the church. The sanctuary was also very simple. It was a medium sized room with flags hanging from wall to wall. I believe this speaks to their culture as they don’t view ornate decorations for a building essential. It’s what happens inside the building that matters.

As we entered, we walked into the sanctuary where Sunday School was still being held. They welcomed us, and finished class. Immediately after class was dismissed, person after person approached us and welcomed us to their church. As people started to trickle in, never once were we left alone. Instead, people greeted us and seemed genuinely glad to have us there. 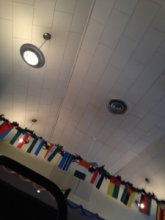 Even the children greeted us with warm smiles. We talked to a woman who turned out to be a professor here at North Central. She was overjoyed to have us there and told us that the people came from places in Africa like Sierra Leone, Liberia, and Nigeria. Most people had beautiful traditional clothing on. One woman in front of me wore a bright pink dress with a huge pink hat. The children all had intricately braided hair.

When the service started at 11:20, I looked around and realized that the three of us were the only three caucasians in the building. I wasn’t at all uncomfortable, but it was definitely strange being the minority.

Like a traditional service, All Nations Assembly began with worship. Instead of four guitars, drums, two keyboards and numerous vocalists, this church only had four singers. They began by singing “Come Holy Spirit, We Need You” completely a cappella. The volume was so loud that some of the kids in front of us covered their ears as they worshipped. Worship continued with “Lord Prepare Me to be a Sanctuary, ” “Better is One Day, ” “Here I am to Worship, ” and one other chorus. Even though most of the songs were from the 90’s, and the harmonies weren’t always on key, this worship set was spectacular, and the presence of God filled the room. 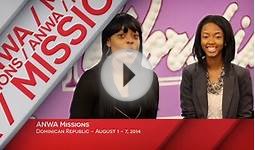 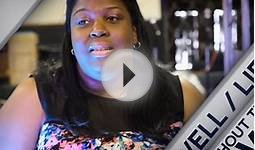 All Nations Worship Assembly Announcements May 25, 2014

@Django: Just ordered a wheel bearing hub assembly anyone want to help me out changing it out? Wed, 1 July 2015 01:34 PM